Top Web Development Tools to Learn in the Future 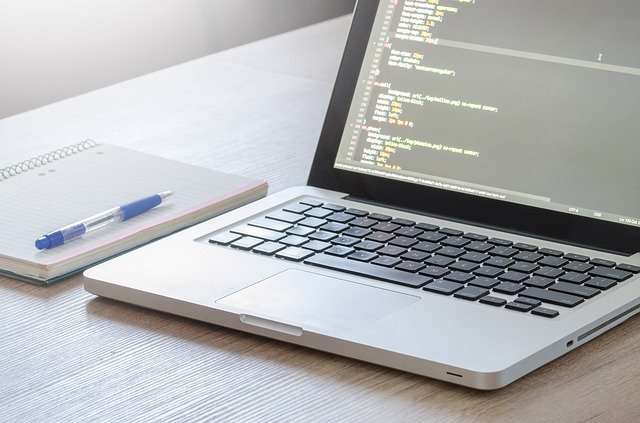 Today’s world is witnessing a digital transformation in its true essence – something that individuals, businesses, and governments will strongly agree with. Thanks to various technological disruptions, businesses across the globe can bring about successive innovations in the domain of mobile and web applications with some great web development tools.

Global business expenditure on digital transformation is likely to reach $2 trillion in 2022. Much of it is because businesses are increasingly committing to their consumers’ digital experience. After all, these technologies have made it possible for businesses to appease digital-savvy consumers by creating intuitive user interfaces and incorporating innovative technology capabilities in their front end.

However, application developers working for businesses should not forget that creating seamless, omnichannel experiences reckon upon a strong back-end. For the back-end to support all functions, developers have to adopt a nifty web framework.

There are innumerable tasks involved in back-end web development. For example, developers have to protect the APIs (Application Programming Interfaces) from unscrupulous hackers, facilitate uninterrupted interaction with databases, route URLs to various databases to derive information requested by users, and so on. Certainly, an intelligent, back-end web application framework can make all these functions a breeze for developers.

Developed by Taylor Otwell, Laravel is essentially a Model-View-Controller web development framework. Website developers consider it the best framework for PHP (Hypertext Pre-processor), which is one of the most popular programming languages in the present time.

Laravel comes with robust API support, and it also has a reasonably good amount of feature packages that extend its reach. The framework sets out a programming method that is coupled with a dedicated dominion handler. It is more inclined towards syntactic sugar and aids developers in application support and execution.

Here are a few highlights of this framework:

Further, developers can access Laracasts, which is a screencast tutorials website featuring over a thousand videos, to get detailed information on the Laravel ecosystem.

Tutorial References:
An example of a file upload tutorial using Laravel Framework can be found in this article.

As one of the best open-source web development tools, Django has risen to the top owing to its ability to facilitate API development along with premium back-end web applications. Named in honor of Django Reinhardt, the renowned guitarist, this Python framework was launched in 2003.

Django web applications are created from one or more apps that are connectable and detachable. Because of this approach, Django’s design is significantly different from some others (for example, Laravel and Ruby on Rails).

Here’s what makes this framework beneficial to developers:

Further, developers can refer to this guide here to know more about this framework.

Developed by Microsoft, ASP.NET is one of the widely used web development tools to create resounding work areas and adaptable web applications and interfaces. The framework works great for the HTTP convention and simplifies HTTP directions. Additionally, Microsoft has utilized the Common Language Runtime (CLR) to build this web application framework.

The open-source version of ASP.NET is ASP.NET Core, which runs on operating systems like macOS, Windows, and Linux. This framework was first launched in 2016 as a re-designed version of the previous Windows-only frameworks of ASP.NET.

Here are noteworthy features of this web development framework:

Here’s a detailed overview of ASP.NET Core, including tutorials from Microsoft, to help developers grasp concepts and perfect their skill of using this framework.

First launched in 2004, Ruby on Rails is an open-source, Model, View and Controller (MVC) web development framework for Linux. Ruby enjoys the reputation of being one of the most developer-friendly languages. So, developers are likely to get all the capabilities of Ruby language when they leverage the Rails framework for developing web applications.

Using this framework, developers are very likely to find pre-defined solutions to execute repetitive functions. Furthermore, it aids uber-fast web development and provides more or less every component that a developer desires to get from a well-developed framework. The framework has found use in the back-end of popular web applications such as Airbnb, Shopify, GitHub, and Zendesk.

Some Important Aspects of Ruby on Rails Framework

Here are a few noteworthy aspects of this web development framework:

The primary benefit of using the Ruby on Rails framework is the enhanced speed of web development. The development speed is determined by a huge range of ready-to-use standard RoR tools, pre-created solutions in the coding fraternity, the Ruby language, and not to forget simple codes.

The standards for writing codes in a project, adding files to a project, and general programming in the Ruby on Rails framework can arrange any project to the maximum possible extent. Owing to this method, the program becomes quite readable, and novice developers can start working on any project without any delay.

Developers can check out this detailed tutorial to learn and use the Ruby on Rail framework to ace the web development game.

Last but certainly not least, there is Express, which is an open-source web development framework. Express or Express.js is the most prominent framework of Node.js. Moreover, it is quite non-restrictive in nature, which is why developers across the world are utilizing this framework to write back-end web applications and create user-friendly and efficient APIs.

IBM, Accenture, and Uber, as well as many other companies, have used Express for developing their web applications. Additionally, it has also found application in other development frameworks such as Sails, Kraken, and Loopback.

Launched in 2010, Express helps developers to create back-end web and mobile applications following a minimalist approach. The framework forms one of the essential elements of the MEAN Stack development.

Here are some of the features of Express that makes it so developer-friendly:

Here’s an overview of the Express framework that developers can use to learn the ropes.

There are many web development tools used by developers. But the above five are considered the best. Certainly, their ability to seamlessly integrate with other technology stacks while creating web applications makes these developers the go-to choice of many developers.